The book of five rings

The book of the month is…

The Book of Five Rings, the classic guide to strategy written over three centuries ago by a Samurai warrior, the book has been hailed as a limitless source of psychological insight for businessmen or anyone who relies on strategy and tactics for outwitting the competition.
It enjoys an audience considerably broader than only that of martial artists: for instance, some business leaders find its discussion of conflict and taking the advantage to be relevant to their work. It as a manual of technique and philosophy.

Musashi establishes a “no-nonsense” theme throughout the text and he also continually makes the point that the understandings expressed in the book are important for combat on any scale, whether a one-on-one duel or a massive battle. Descriptions of principles are often followed by admonitions to “investigate this thoroughly” through practice rather than trying to learn them by merely reading.

Although it is difficult to grasp it from the book, these books are actually the teachings which Musashi preached to his students in his own dojo. Though ideas are taken from other sources, the text is predominantly seminal. 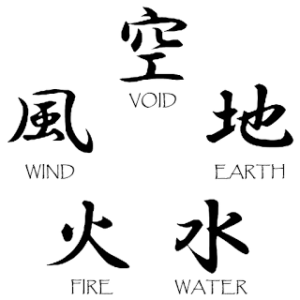 Inside the five books he explains his nine principles seemd to apply to life in general and leaders:

As a set of core principles, these are not a bad way to lead one’s life.

The Book of Five Rings: An interesting book that claims to help in your finding what is the truth for you. A book to think about and approach with consideration and hopefully wisdom.